Climate and social systems are profoundly connected, and those connections open up solutions that are often overlooked. Some initiatives, designed first and foremost to ensure fundamental human rights and foster equality, also have cascading long-term benefits for climate change. These include rights-based, voluntary family planning and high-quality, inclusive primary and secondary education. Family planning and education are not in themselves climate mitigation solutions. Rather, one outcome of family planning and education, slower global population growth, can contribute to reduced carbon emissions over time.

How many people might call this planet home in 2050 or 2100? That will depend, in large part, on fertility rates and the headway we make on securing bodily autonomy and gender equality and advancing human well-being. When levels of education rise (in particular for girls and young women); knowledge of, access to, and use of contraception increase; and women’s political, social, and economic empowerment expand, fertility typically falls. Across the world and over time, this impacts population at a global level.

Our model reflects changes in future population growth scenarios based on the UN’s 2019 population projections. Currently, we humans number 7.9 billion, and the UN estimates the human family will grow to between 9.4 billion and 10.1 billion in 2050. While unsustainable consumption (particularly in high-income countries) and fossil fuel use remain the primary drivers of climate change, the number of people on our planet also matters and is a key variable in climate models.

It’s critical to note the vast disparities between emissions from high-income countries and those from low- and middle- income countries, and between the wealthiest individuals and those who have the least access to financial and other resources For example, just 10 percent of people globally generate almost half of consumption-related emissions.

The topic of population also brings up a troubling, often racist, classist, and coercive, past. People’s choices about having children—whether, when, with whom, and how many —should be theirs alone. It is critical that human rights and full bodily autonomy are always centered, that gender equality is the aim, and that benefits to the planet are understood as positive ripple effects of access and agency.

In its 2019 report on world population prospects, the UN reiterated that the international community has committed to ensuring that all people have access to family planning, should they wish to use it, and the ability to decide whether and when to have children. Reducing unsustainable consumption and ensuring that all people have access to high-quality education and voluntary family planning are steps on the path to a more just and equitable future. Living up to those commitments will be a major determinant for which possible trajectory becomes our path forward.

Solutions in this Sector 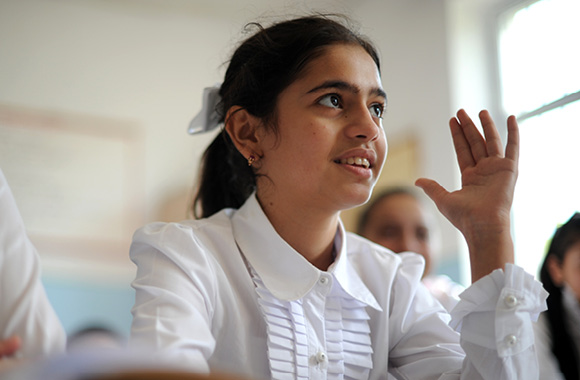