Manpreet Romana for the Global Alliance for Clean Cookstoves

A woman prepares food on an improved cookstove in her home in the Indian state of Gujarat. The cookstove is made of lightweight metal with a metal alloy combustion chamber. This technology maximizes the lifetime of the stove, quality control, safety, and heat transfer, while minimizing emissions.

As of 2020, an estimated 43 percent of families in low- and middle-income countries were mainly using clean cookstoves fueled by traditional wood or coal stoves for cooking, with concomitant health and environmental effects. If policies for promoting clean cooking worldwide are aggressively implemented, guided by the UN Sustainable Development Goal of universal access to clean energy, carbon dioxide equivalent emissions can be reduced by 31.38–76.34 gigatons at a net first cost of US$136.64–302.76 billion. Clean cookstoves raise cooking operating costs by US$1.96–4.38 trillion over the stove lifetime because many families collect fuel for free (albeit with heavy labor costs, particularly for women and girls) and/or polluting fuels are cheaper than cleaner options, but the adverse socioeconomic impacts of not using clean cooking fuels are high. According to the World Bank (Energy Sector Management Assistance Program, 2020), the negative impacts of solid fuel cooking on the environment, public health, and gender equality is US$2.4 trillion annually.

These results include the reduction of black carbon, the second-most impactful climate pollutant, by 8–20 gigatons of carbon dioxide equivalent. The additional benefits to the health of millions of households are not calculated here.

Many clean cooking technologies exist, with a wide range of impacts on emissions. Liquid petroleum gas (LPG) has a far lower climate impact than traditional fuels, although it is a fossil fuel. Advanced biomass stoves that burn processed biomass are promising for climate and health, but in field studies most failed to live up to their expected air pollution benefits. By forcing gases and smoke from incomplete combustion back into the stove’s flame, some cut emissions by 95 percent. However they are more expensive than conventional stoves and can require more advanced pellet or briquette fuels. The International Organization for Standardization categorizes cookstoves based on thermal efficiency and emissions. Tiers 0 and 1 constitute the basic, traditional, solid-fuel-based stoves. Tiers 2–4 are considered improved clean cookstoves, such as highly efficient coal stoves, natural gasifier stoves, and LPG stoves. Stoves that heat with renewable energy sources such as solar have zero emissions.

Project Drawdown’s Clean Cooking solution involves the use of solar-powered or fuel-burning household stoves that reduce greenhouse gas emissions by increasing thermal efficiency or ventilation. It does not include LPG and other improved clean cookstoves that use fossil fuel. This solution replaces traditional cookstoves that burn wood and/or charcoal inefficiently and without ventilation. Although our calculation excludes natural gas and LPG as fuel sources, we acknowledge that LPG and natural gas have an important role to play in cleaner cooking options in low- and middle-income countries.

The total addressable market is defined as the total energy used for cooking in all regions except OECD90 and Eastern Europe (i.e., Middle East & Africa, Asian sans Japan, and Latin America). We derived assumptions from a literature review for population growth, average population per household, average household useful energy use for cooking per capita, a weighted average energy efficiency factor for stove and fuel type mix, and the percentage of the population using solid fuels. We used these values, along with global data from the International Energy Agency (IEA, 2006 and 2012), to develop a composite global market for 2014–2050.

We estimated adoption of clean cookstoves (defined as the amount of functional demand supplied by the solution in 2018, with 2014 as the base year) at 53 percent of households in the regions selected for this analysis. We derived this, in part, from data on clean cooking as guided by the UN Sustainable Development Goals (SDGs), which call for universal access to clean energy by 2030.

We calculated impacts of increased adoption of the Clean Cooking solution from 2020 to 2050 by comparing two growth scenarios with a reference scenario in which the market share was fixed at current levels. The UN’s goal of 100 percent access to clean cooking by 2030 was the main guide in identifying and using data for developing scenarios. The IEA has developed a Sustainable Energy Scenario (SES) that matches the UN goal.

We based emissions mitigation inputs on several peer-reviewed sources, and estimated clean cookstoves would reduce fuel use 43 percent over traditional stoves. We included black carbon data from 12 sources; this contributed a significant portion of the emissions reduction.

We obtained the costs of traditional and improved stoves largely from sources such as the World Bank (2010) and US EPA (2015). We applied weighting based on cooking fuel mix where possible.

We found the average first cost of a conventional stove to be US$1.28 since these are simple devices often consisting of three stones arranged on the ground to hold up a pot. We found the average first cost of a clean cookstove to be US$45. Operating cost data were less available. Much of the fuel required for traditional wood-burning stoves in rural areas is not purchased but instead collected by women and children in low- and middle-income countries, which the cost of fuel takes into account.

Integration of cooking solutions served mainly to avoid double counting. The other Project Drawdown cooking solution, Biogas for Cooking, had a more limited scope, so we considered it to be a higher priority for applicable regions of the world currently using conventional cookstoves. Clean Cooking therefore was limited in adoption if total functional units adopted between Biogas for Cooking and  Clean Cooking exceeded the cooking energy total addressable market.

Scenario 1 reduces carbon dioxide equivalent greenhouse gas emissions by 31.38 gigatons from 2020 to 2050 (including 8 gigatons from black carbon). This scenario costs an additional US$136.64 billion and raises lifetime operating costs by US$1.96 trillion. Under this scenario, only 84 percent of families in the three low- and middle-income regions selected have access to clean cooking, with Africa being the furthest behind, considering its slow adoption of clean cooking technologies.

Scenario 2 would see a reduction of 76.34 gigatons of carbon dioxide equivalent emissions, including 20 gigatons from black carbon reduction. This would cost an additional US$302.76 billion and accrue US$4.38 trillion in lifetime operational costs.

Clean cooking is an important drawdown solution. Traditional biomass-based cooking produces black carbon, and reducing this by replacing solid fuel-burning stoves with renewable fuel stoves is a huge step toward drawdown. The source of solid-wood fuel is not considered in this model, but the nature of the Clean Cooking solution enables solid fuel of size and density that could come from regenerative forest management and not subsistence clear-cutting.

In addition to climate impacts, the health impacts of this solution are significant. Improvement in air quality due to removal of solid fuel cookstoves could avoid 10.5 million premature deaths globally between 2000 and 2050 (Lacey et al., 2017). Several studies have shown that adoption of clean cooking fuel leads to a decline in respiratory and nonrespiratory diseases in adults (Onakomaiya et al., 2019, Thakur et al., 2018).

Our calculations were performed with 2014 as the base year. As of 2020, the proportion of households without access to clean cooking was approximately 36 percent, and future projections suggest that 31 percent of the global population would still rely on solid fuel by 2030 (Stoner et al., 2021). 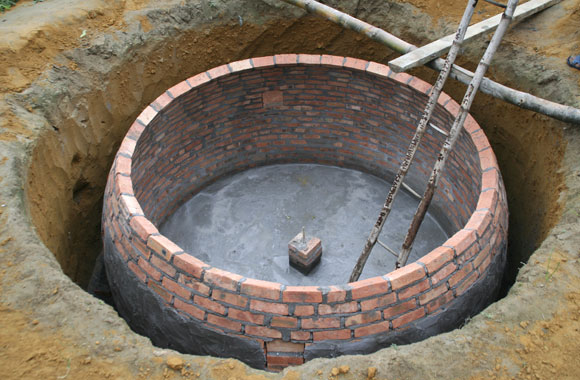